Map scales can be confusing. When you see that a 1:1250 plan is needed, what sort of plan might that be?

Let’s get back to basics on the question of scale. ‘Scale’ comes up in all sorts of ways: for instance, some of us may have built models from plastic kits, and these might be at a scale of, say, 1:20 or 1:500. That just means that the model of a car at 1:20 is one-twentieth of the size of the real car, or that a model of an ocean liner at 1:500 is one five-hundredth of the size of the real ship.

In the same way, the scale of a plan refers to the way in which the plan represents what is on the ground in the real world. If a plan were at a scale of 1:10, it would mean that 1 metre on the plan represented 10 metres on the ground. Suppose that your kitchen is 5 metres long; on a plan drawn at 1:10, it would be a tenth of that size, in other words, 0.5 metres long.

If you were drawing a plan of a kitchen, a scale of 1:10 might be manageable, but when an architect draws a whole building, it’s necessary to use a smaller scale – which just means that the building appears smaller on the plan. A typical building drawing might be at 1:50 or 1:100 so that the building on the plan would be a fiftieth or a hundredth of its size in real life.

When it comes to illustrating the whole site, or indicating where the site lies in relation to other buildings in the neighbourhood, we need to use a smaller scale still, otherwise, the paper plan would be far too big to handle.

Smaller scales are possible, of course. For large sites or sites in rural areas, you might want to use a plan at 1:2,500, which will show everything at half the size of a plan at 1:1250. Whatever scale of plan you need, we can supply properly licensed, high-quality plans from Ordnance Survey.

At scales smaller than 1:2500, we start to think in terms of maps rather than plans. Ordnance Survey produces maps at many scales, with 1:25,000 and 1:50,000 being very widely available. If you look in an atlas, you’ll find that some maps are at really small scales. For example, a double-page map of North America might appear at a scale of 1:15,000,000. 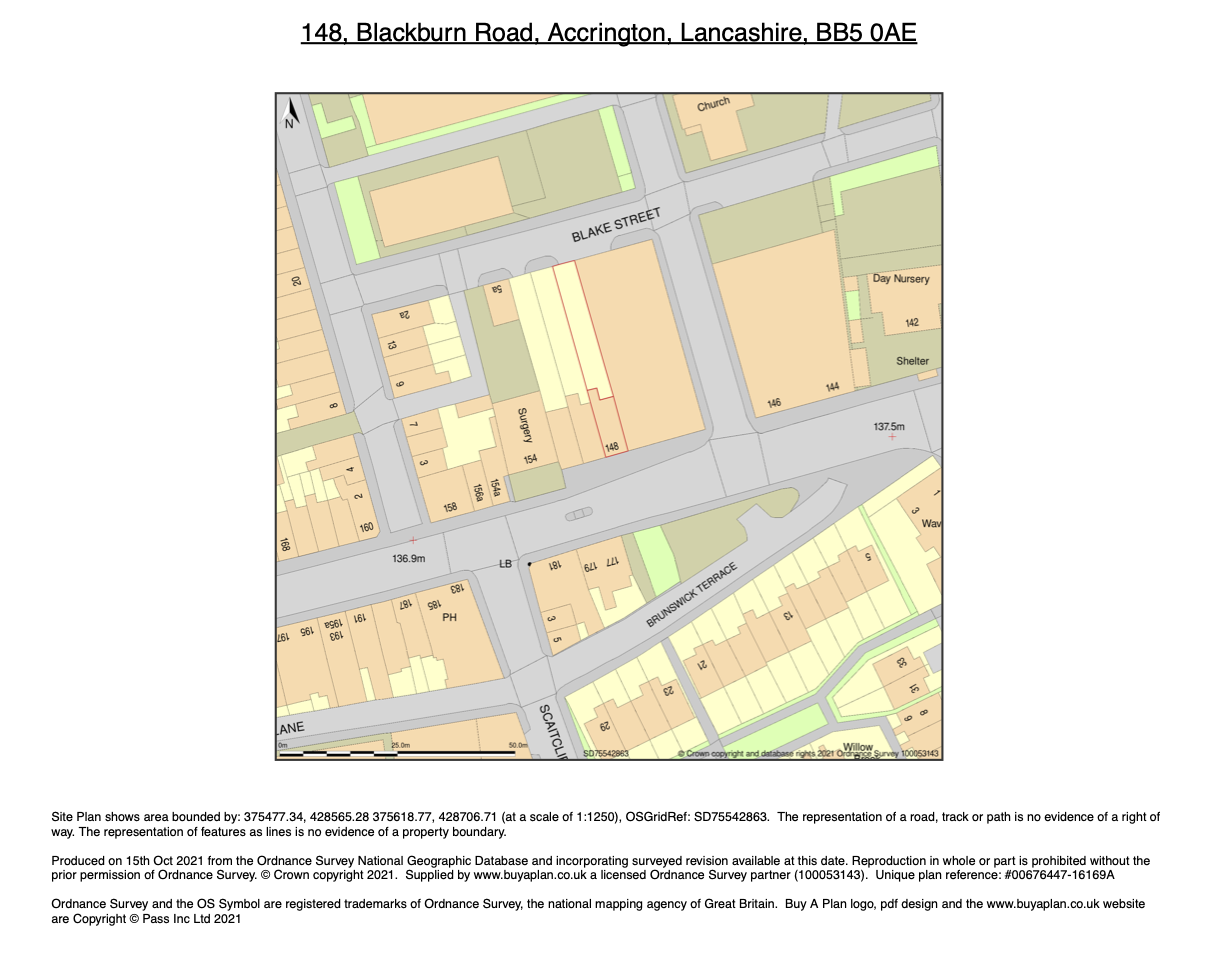