What Are the Guidelines for Working Remotely?

Over the past few years, there has been a dramatic expansion of self-employment in Britain. The number of people who are working for themselves is now edging close to 5 million. Partly, it may be a response to the slimming down of staff in a business or the public sector; but some people simply like the idea of working from home. Apart from being more cost-effective than hiring an office or studio somewhere else, it can also be easy to combine work with family life, because to some extent you can adjust your working time around other commitments.

So, spare bedrooms have become offices; but that may raise the question of whether planning permission is needed. In some cases, it might be. However, there is a long-standing convention that it is ok to base your business at home, subject to some basic requirements being met.

The most fundamental one is that the primary purpose of the house must still be domestic. If your work occupies just one room, or possibly a shed in the garden, and the rest of the house remains in wholly residential use, then it's very unlikely that any planning authority would challenge you. On the other hand, to take an extreme example, if your workplace expanded so much that your four-bedroom house actually contained just a bed-sitting room and a kitchen, they'd certainly argue that the primary purpose of the house was no longer residential.

The extent of business use is therefore one criterion that the planning authority may consider. But there are others, and they could arise even if, physically, the house is still overwhelmingly residential. Broadly, the considerations are about the loss of amenity; in other words, will your activities result in any kind of undesirable impact on the neighbourhood?

There are several aspects to consider here, though the effect of them all combined may be what counts.

First, does the business generate noise? If you're involved in any kind of activity that the neighbours might hear, such as metalworking or woodworking, you'd need to take steps to ensure that it wasn't audible outside your site, or at least was no more intrusive than normal hobby activity. Otherwise, if complaints arose, the planning authority would need to take an interest.

Second, do customers call at the house? If the number of people calling is greater than might be expected at a family home, and especially if their comings and goings involve cars or (especially) vans or other vehicles, there is a risk that neighbours or the planners will begin to feel that the character of the place has changed.

Third, there's the question of visual impact. If you store lots of materials or equipment outside, that again could give people the impression that this is no longer a house, but a small industrial unit.

In the end, as in so many matters to do with planning, the decision as to whether you need planning permission or not will come down to a professional judgement, sometimes quite a fine one. If you're close to the threshold, it will obviously be prudent to ensure that what you're doing doesn't disturb the neighbours or change the appearance of the neighbourhood, because getting planning permission once you've crossed that invisible line could be quite difficult: understandably, people want their surroundings to remain peaceful and attractive.

Let's briefly consider a few examples of businesses that might and might not raise planning issues. In every case, the assumption is that only one room in the house, or possibly a shed or outhouse in the garden, is used.

Businesses that are less likely to cause problems include a lot of computer-based or online activity, for example, writing or journalism, other creative tasks such as graphic design or painting or small-scale craft activity.

Businesses that do involve some additional activity may be acceptable provided the number of callers at the house is not excessive. That might include a small photographic business which two or three clients per day visit. However, if your garden becomes the prime venue in the county for wedding photography, things would not be so straightforward. Provided that they didn't generate significant noise and disturbance, craft or food businesses such as upholstery or cake-decoration would be unlikely to be problematic. The same is true of online selling, as long as almost everything was done by mail order. This category also usually includes small bed-and-breakfast businesses; for example, if you have a four- or five-bedroom house and use one or two rooms for guests, that's not usually a problem, though planning authorities do differ in their approach.

At the difficult end of the spectrum, it would be hard to succeed with, say, a taxi business involving two or more cars, a panel-beating and paint-spraying workshop or a motorcycle repair business. Theoretically, you could probably run these from a double garage, but the chances of upsetting everyone around you would be very high; and the same might well apply if four of your five bedrooms are let out.

Much of this, like so much else in planning, comes down to common sense. If your impact is low or negligible, you're unlikely to have problems.

If it turns out that you do need to apply for planning permission, then you'll need a location plan and block or site plan, and you can buy these on this site; we also have advice on requirements when it comes to buying planning maps. 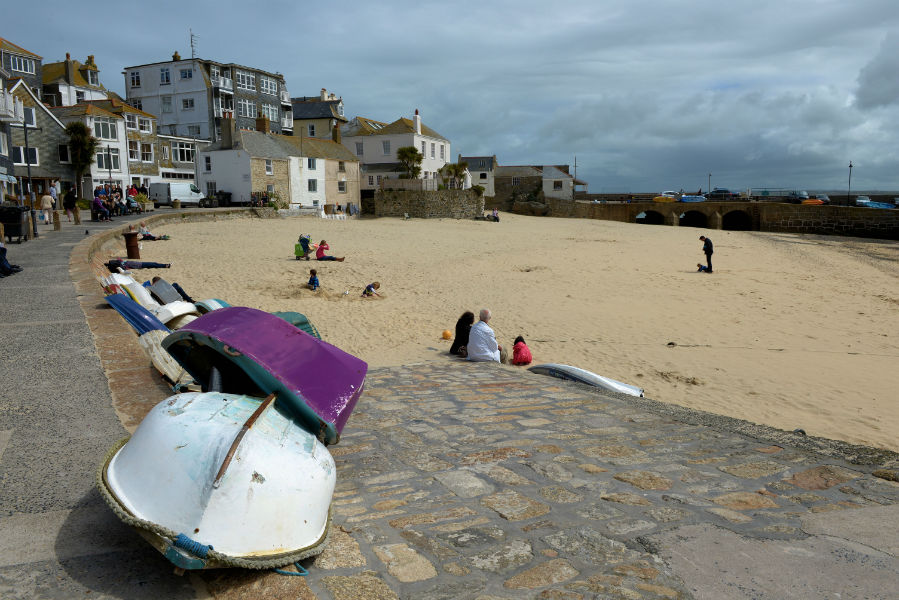