I want to put up a sign or advertisement. Do I need permission?

The law relating to advertising is one of the most complex areas of planning law. What’s more, most local planning authorities have their own policies, which in some cases involve limits on advertising that are more restrictive than normally apply, and there are also special rules in Conservation Areas, National Parks and so on. This article is therefore only intended to provide a broad indication of the circumstances in which you may need permission, known as ‘advertisement consent’. 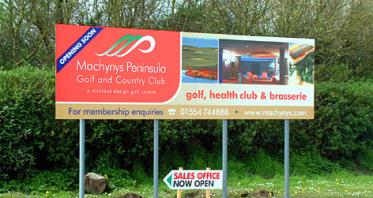 The advice we’ve offered here is based on the English legislation. There are some differences in other parts of the United Kingdom, but the basic principles are similar. The Department for Communities and Local Government’s guide, Outdoor Advertisements and Signs – a Guide for Advertisers (pdf) explains the English rules in more detail.

The first thing to recognise is that any sign – anything with lettering or any kind of logo or device – counts as an advertisement. All advertisements fall into one of three categories, and consent is usually needed for advertisements in just one of these.

Some advertisements – the ones in the first category - don’t fall within planning control at all, subject to certain conditions. Examples include road signs, price tags on, say, petrol pumps (subject to a size limit), national flags, advertisements inside premises such as shopping centres, election notices (for a limited period) or advertisements in or on anything that’s normally in motion, like a taxi, bus, train or ship.

In the second category are advertisements that have what’s called ‘deemed consent’. In other words, the default position is that they can be put up without specific permission or – as it’s known – ‘express consent’. However, the right to display these advertisements isn’t absolute: if it has good reason to do so, the local planning authority can require that they be taken down. What’s more, all these advertisements must meet certain standard conditions. They must:

Many kinds of advertisement have ‘deemed consent’. Examples include:

It’s important to note that in virtually all of these cases, the ‘deemed consent’ is subject to many more restrictions than we can set out here. For example, nearly all these signs are subject to size limits and in many instances they can only be displayed in particular places on a building, or below a certain height. If you’re not sure whether or not what you propose will benefit from ‘deemed consent’, it’s essential to have a word with your local planning department, who can explain both the legal position and any local policies that may apply.

Any advertisement that doesn’t fall within the ‘deemed consent’ limits will need express consent, and you’ll need to make an application to the local planning authority. Again, given that the rules are very complicated, it will always be a good idea to check your proposal with a planning officer.

If you’re applying for consent, you’ll need location and site plans to indicate exactly where your proposed advertisement is to be positioned. As always, these plans need to be of good quality to that they leave no room for confusion. The best solution is to use the Ordnance Survey plans that you can buy on this site.