I want to put up a sign or advertisement. Do I need permission?

The law relating to advertising is one of the most complex areas of planning law. What’s more, most local planning authorities have their own policies, which in some cases involve limits on advertising that are more restrictive than normally apply, and there are also special rules in Conservation Areas, National Parks and so on. This article is therefore only intended to provide a broad indication of the circumstances in which you may need permission, known as ‘advertisement consent’.

The advice we’ve offered here is based on the English legislation. There are some differences in other parts of the United Kingdom, but the basic principles are similar. The Department for Communities and Local Government’s guide, Outdoor Advertisements and Signs – a Guide for Advertisers (pdf) explains the English rules in more detail.

The first thing to recognise is that any sign – anything with lettering or any kind of logo or device – counts as an advertisement. All advertisements fall into one of three categories, and consent is usually needed for advertisements in just one of these.

Some advertisements – the ones in the first category - don’t fall within planning control at all, subject to certain conditions. Examples include road signs, price tags on, say, petrol pumps (subject to a size limit), national flags, advertisements inside premises such as shopping centres, election notices (for a limited period) or advertisements in or on anything that’s normally in motion, like a taxi, bus, train or ship.

In the second category are advertisements that have what’s called ‘deemed consent’. In other words, the default position is that they can be put up without specific permission or – as it’s known – ‘express consent’. However, the right to display these advertisements isn’t absolute: if it has good reason to do so, the local planning authority can require that they be taken down. What’s more, all these advertisements must meet certain standard conditions. They must:

Many kinds of advertisement have ‘deemed consent’. Examples include:

It’s important to note that in virtually all of these cases, the ‘deemed consent’ is subject to many more restrictions than we can set out here. For example, nearly all these signs are subject to size limits and in many instances they can only be displayed in particular places on a building, or below a certain height. If you’re not sure whether or not what you propose will benefit from ‘deemed consent’, it’s essential to have a word with your local planning department, who can explain both the legal position and any local policies that may apply.

Any advertisement that doesn’t fall within the ‘deemed consent’ limits will need express consent, and you’ll need to make an application to the local planning authority. Again, given that the rules are very complicated, it will always be a good idea to check your proposal with a planning officer.

If you’re applying for consent, you’ll need location and site plans to indicate exactly where your proposed advertisement is to be positioned. As always, these plans need to be of good quality to that they leave no room for confusion. The best solution is to use the Ordnance Survey plans that you can buy on this site.

Applying for planning permission is a pain because..

Why does it take so long to get planning permission?

That’s a question that many applicants ask. Naturally, we all want to get on with our project and sometimes planning permission is the key to concluding a land deal or releasing mortgage funds. So it’s not surprising that people sometimes become frustrated by delays.

The usual time limit for deciding on a planning application is eight weeks. More minor amendments to existing planning permissions are usually dealt with in four weeks. Considerably more time can be spent on more complex projects: for example, the time usually allowed to deal with applications for Listed Building Consent is 13 weeks. The planning department can ask you to give them more time. So, what happens to your application once you’ve submitted it? Where does the time go?

The first stage in processing the application is checking it. The planning department will want to be sure that all the necessary plans and drawings are present, that there enough copies of them and that all the forms and certificates have been signed and dated. What you submit can have a major influence here: it’s absolutely vital to submit planning application maps that are clear and of good quality. An application that has poor maps and drawings or is incomplete in some other way is likely to be seriously delayed.

The next stage - and the other major source of delay - is usually consultation. The planning department relies on advice from a whole range of people and organisations in order to help it decide whether or not your proposal is acceptable. Usually, some of these people are within the council, for example the roads engineer or the conservation officer. Outside the council, the number of consultations can vary enormously, depending on the kind of project. Copies of your application might go to the parish or community council or the local civic society. In special cases, one of the government agencies responsible for nature conservation might be involved, or - if you live close to an airport - they might consult the Civil Aviation Authority. Bear in mind that all these people rely on good planning application maps to make sense of the proposal.

Once the replies to all these consultations come back, the planning officer will consider what should happen to your proposal. If consultees have raised no problems and it complies with council policy, you’ll probably get a decision very quickly. Where issues arise, though, it may be necessary to ask you to amend proposals, which can obviously take a bit longer. If a proposal is very large or complex, or if there have been many (in some cases, any) objections, it may need to go before the planning committee, which can easily mean a further three or four week delay.

Some planning departments are undoubtedly more efficient than others and all have probably been affected to some extent by economies in staffing. But if your application does seem to be taking an unusually long time, don’t hesitate to ask the planning department to explain what’s happening. If the problem wasn’t caused by an incomplete application or unsatisfactory planning application maps and drawings, the most likely reason for delay is that consultees have taken longer than expected.

“I’m in a Conservation Area - what does that mean?”

There are around 10,000 Conservation Areas across the UK so, if you’re pondering that question, you’re not alone. Conservation Areas are usually created in those parts of towns or villages that are rich in history and character. The law says that they are: “areas of special architectural or historic interest, the character or appearance of which it is desirable to preserve or enhance”.

When Conservation Areas were first established in the late 1960s, the only things that were automatically subject to stricter control were the felling or lopping of trees and the demolition of buildings. If you have property in a Conservation Area, wherever it is in Britain, you’ll need permission from your local council to do either of these things. 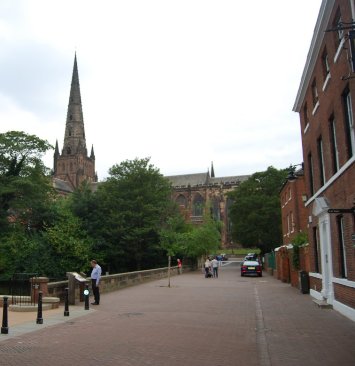 Unsurprisingly, though, there’s more to it than that. Over the years, the differences between the rules in Conservation Areas and elsewhere have become greater, affecting things like satellite dishes. What’s more, every local planning authority can make a local ‘Direction’, the effect of which is to remove the permitted development rights that you’d normally have. For example, it’s very likely that you’ll need permission to do such things as replace windows or build even a small extension. Usually, too, you’ll need to ensure that your project uses appropriate materials. For example, in some places that might mean using cast iron rainwater goods rather than plastic.

If you live in a Conservation Area, the best thing to do - before you start planning work of any kind affecting the exterior of your property - is check the local rules with your council’s planning department. They may well have information on their website and they’ll probably also have some sort of leaflet that you can pick up from their office. If you need to apply for permission, it’s always important to ensure that your drawings and planning application maps are of a really good standard, because any development in a Conservation Area is usually scrutinised very carefully.

But Conservation Areas aren’t just about restriction. They ensure that the best of our heritage is kept for future generations, they help ensure that every place retains as much as possible of its own unique identity. That’s a particular asset for anyone whose business involves visitors.

There are other benefits. Councils have a duty to consider how every Conservation Area can be enhanced. Some may offer grant aid towards any extra costs you face. What’s more, the fact that Conservation Areas enjoy protection from poor-quality development means that they’ve become more desirable as places to live, which in turn is often reflected in higher property prices. So, although there may be a little more personal inconvenience and sometimes extra cost, there are compensations.

Depending on where you live in the UK, you may find it useful to have a look at these websites operated by the relevant government agencies, but do also speak to your local planning department.